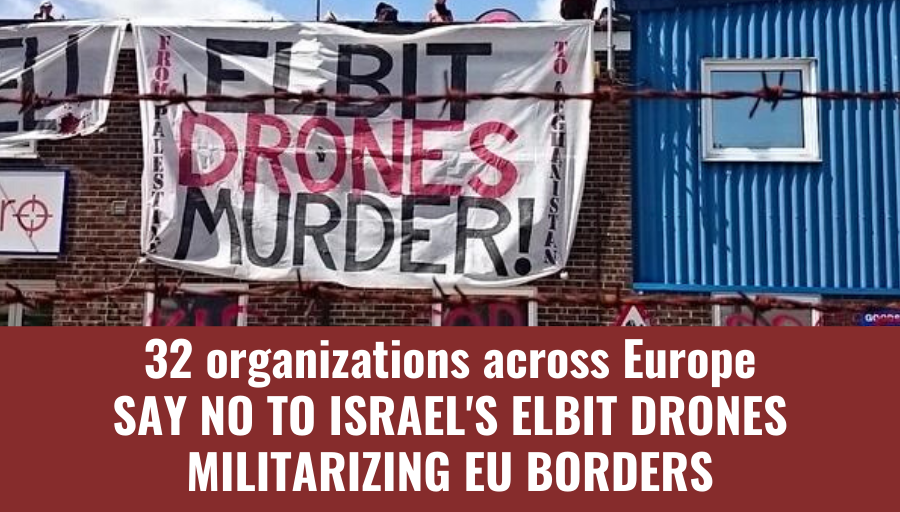 We have joined the Stop the Wall campaign and 31 other Civil Society organisations to express our concern about the use by the European Maritime Safety Agency (EMSA) of Israeli drones to monitor and control migratory movements towards Europe.

In a letter addressed to the company that contract ‘Elbit Systems’ drones (CeiiA) we assert our opposition to their continued use and implication in human rights abuses. Human Rights organisations have documented the fact that these specific drones were used to deliberately target civilians in the Gaza Strip during the 2008-2009 massacres and were also used to kill civilians in the Lebanon-Israeli war in 2006. Furthermore, the company that produces these drones has developed technology that has been used for the wall built by Israel in the occupied Palestinian Territory.

The financing of these drones by EU funds, whether directly or indirectly, contributes to Israel’s ability to commit war crimes and serious violations of international law and human rights.

The use of military drones is part of a wider EU strategy to militarize migration policy rather than focus on developing humane policies.

Contracts for the use of drones for surveillance by EU countries will be renewed this month. We urge CEiiA not to renew the contract for the use of Elbit Systems’ killer drones, not to remain an accomplice of perpetrators of crimes against the Palestinian people. We stand in solidarity with all Palestinians and migrants affected by these policies.