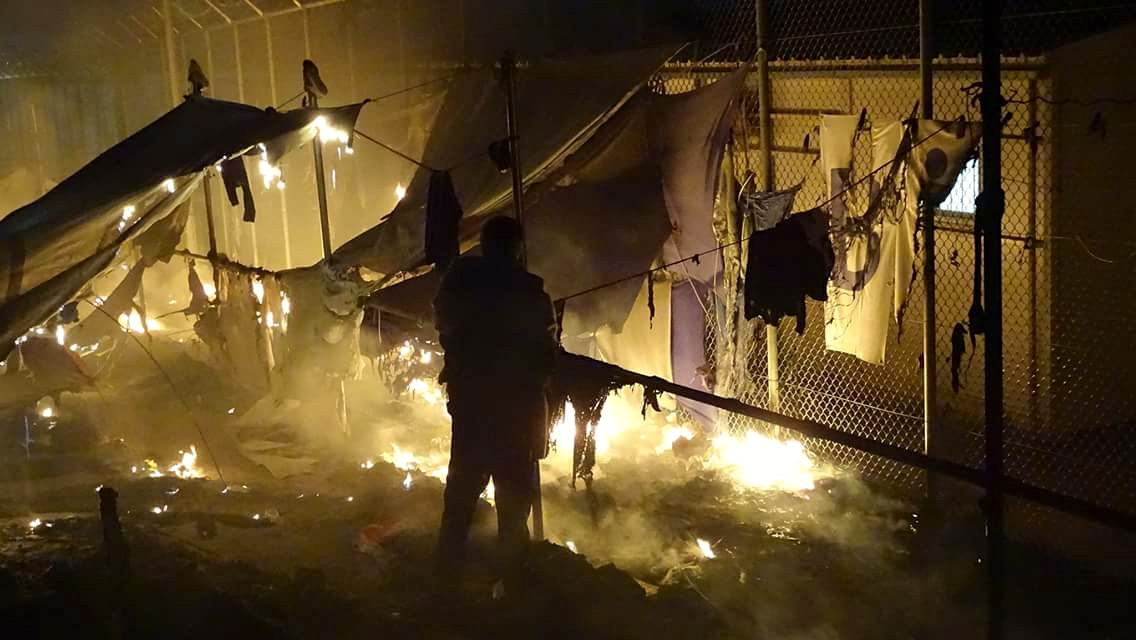 Lesvos, 26 November 2016 – On Thursday 24 November, a 66-year old woman and a 6-year old child were killed when a tent caught fire in Reception and Identification Centre in Moria. Two other people, including a child, were seriously injured.

This is in addition to the 4,655 (https://missingmigrants.iom.int) recorded deaths of asylum seekers entering Europe since the beginning of 2016.

These most recent deaths were foreseeable and preventable and arise as a consequence of the EU and Greece’s refusal to fulfil its responsibilities under International and European law to protect the Human Rights of all those in Europe, including the Right to Life under Article 2 of the ECHR and the provision of reception conditions that ensure an adequate standard of living and protect the physical and mental health of asylum seekers (Article 17 of the Recast Reception Conditions Directive 2013/33/EU).

Since 20 March 2016, date of entry into force of the EU-Turkey statement, Greece has turned from a place of transit to a place of detention. Women, children, families, single men, victims of torture, war, and persecutions are living in camps whose conditions are inhumane and degrading.

We, Lesvos Legal Centre, reiterate the recommendations we made following the Moria fire in September of this year and additionally call for: