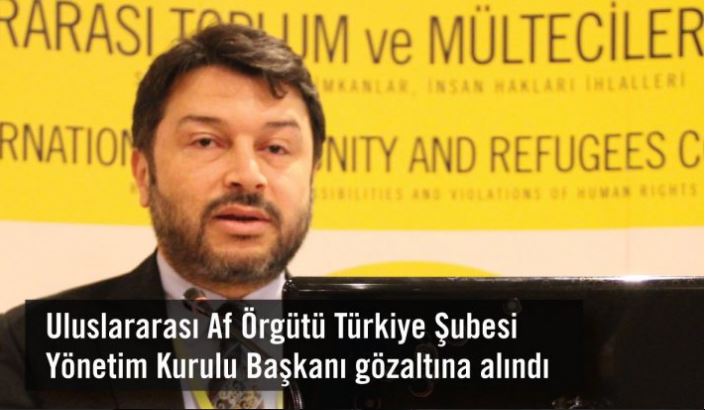 On 6 June 2017, the Chair of Amnesty International, Taner Kiliç, was arrested by Turkish authorities.

Unfortunately, this arrest is not an isolated event. Since a State of Emergency was declared throughout Turkey after the failed coup attempt in July 2016, new procedures have severely restricted the rights of associations, lawyers and activists to operate. Hundreds of associations have been declared terrorist organizations and thousands of public employees have been fired. Under new State of Emergency rules, Turkish police were also given the power to arrest lawyers without waiting for a prosecutor signed arrest warrant, as was required previously. In this context, hundreds of lawyers are currently detained in Turkey and over a thousand lawyers have been prosecuted.

As Amnesty International has stated, Taner Kiliç has a long and distinguished record of defending exactly the kind of freedoms that the Turkish authorities are now intent on trampling. Additionally, he has investigated and reported on the violation of refugee rights in Turkey, condemning Turkey for failing to meet international obligations to refugees under the 1951 Refugee Convention.

We have long condemned the EU for returning refugees and migrants to Turkey. However, FRONTEX continues to quietly return to Turkey individuals whose applications for international protection are rejected in Greece, and individuals who have “voluntarily” withdrawn their application after months of uncertainty, detention on the Greek islands, and inhumane living conditions. The future that awaits them in Turkey is dire, where non-Syrians are routinely held in detention without access to legal assistance or basic services, and Syrians’ rights to mobility, health care, and protection from defaulment are breached.

These violations of refugee rights exposed by Mr. Taner Kiliç and his colleagues have been ignored by the EU, and now Mr. Kiliç has found himself victim of the Turkish regime’s repressive policies. We call on Turkey to immediately release Mr. Kiliç and for the EU to cease all returns of refugees and migrants to Turkey.