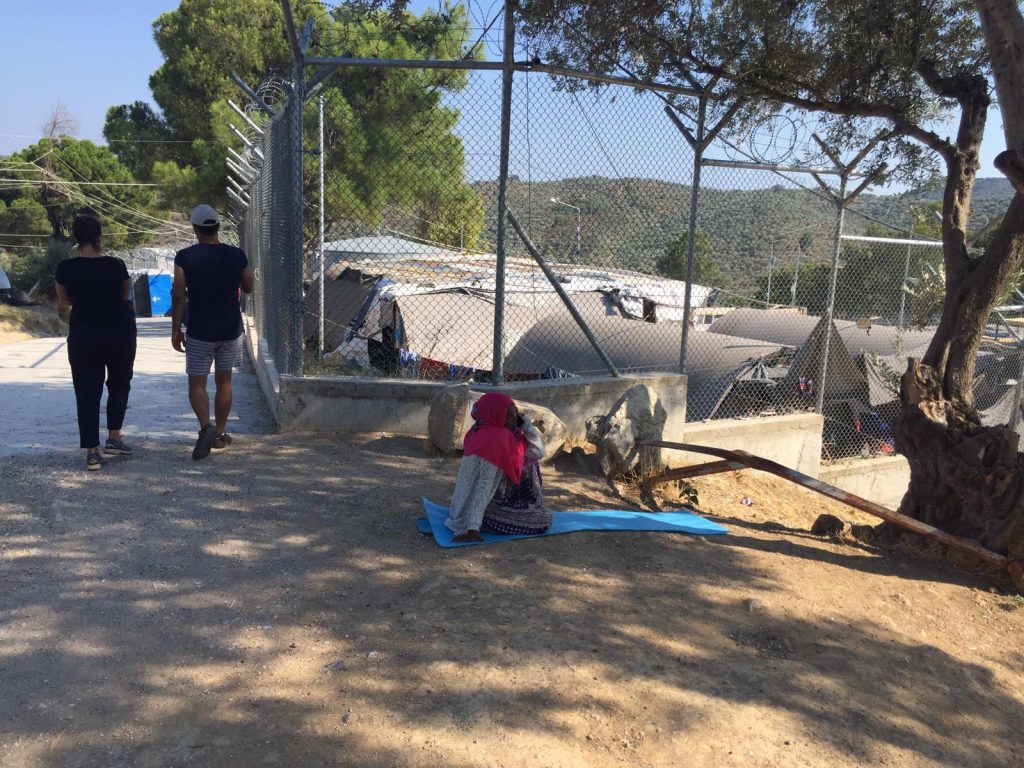 This is one of the most common comments that I hear from clients here, as I tell them there’s nothing I can do to move them out of Moria camp, or even to have them moved into a container within Moria camp rather than sleeping in a tent on its outskirts. Or that some but not all of their family might be moved to the mainland. Or that they can’t make an application to be reunified with their family elsewhere in Europe because right now the asylum office isn’t accepting documents for dependents/vulnerable people.

The number one request is to be moved from the camp to even a slightly nicer camp somewhere else on Lesvos, but many have high hopes for being moved to the mainland. And it’s easy to forget that that’s actually supposed to be automatic. Questionable policy in itself has made the Greek islands near Turkey “hotspots” or so-called “Reception and Identification Centres.” But the poor implementation of that policy means that roughly 40,000 refugees are kept among the Greek islands for months to years with extremely slow, and unacceptably disorganized attempts to move people to the mainland. Meanwhile, there have been no efforts by the Greek authorities charged with the task to improve the insanely poor living conditions on the islands (and on the mainland) in acknowledgement of the length of time they’re made to spend here.

Everyone here has been through several traumatic experiences. Developing PTSD is essentially automatic in Moria camp. Every single day there are fights, attacks, threats, sexual assaults, and far too often even greater tragedies.

There’s a lack of food, lack of water, severe lack of medical attention, lack of privacy, lack of safety. With a disinterested, racist police force, incompetent asylum “experts” and woefully under-resourced/overburdened medical professionals at the forefront in responding to the situation.

Some recent media attention has finally called out some of these issues but Greece has a new right-wing government which doesn’t seem terribly familiar with the existing policies or its issues. Not a good place to start with addressing any such problems.

It can be quite difficult to post about the situation here… the list of problems is long, their impact on all of the people here overwhelming, but the ability to really communicate it with people at home challenging – the nature of the situation is probably quite inaccessible from a distance. Also my last day is already fast-approaching and the fact that I GET to leave, the fact that I’m only ever here for a short time makes me feel hypocritical and like my understanding of the situation is limited. Still, it seems like it’s worth sharing something.