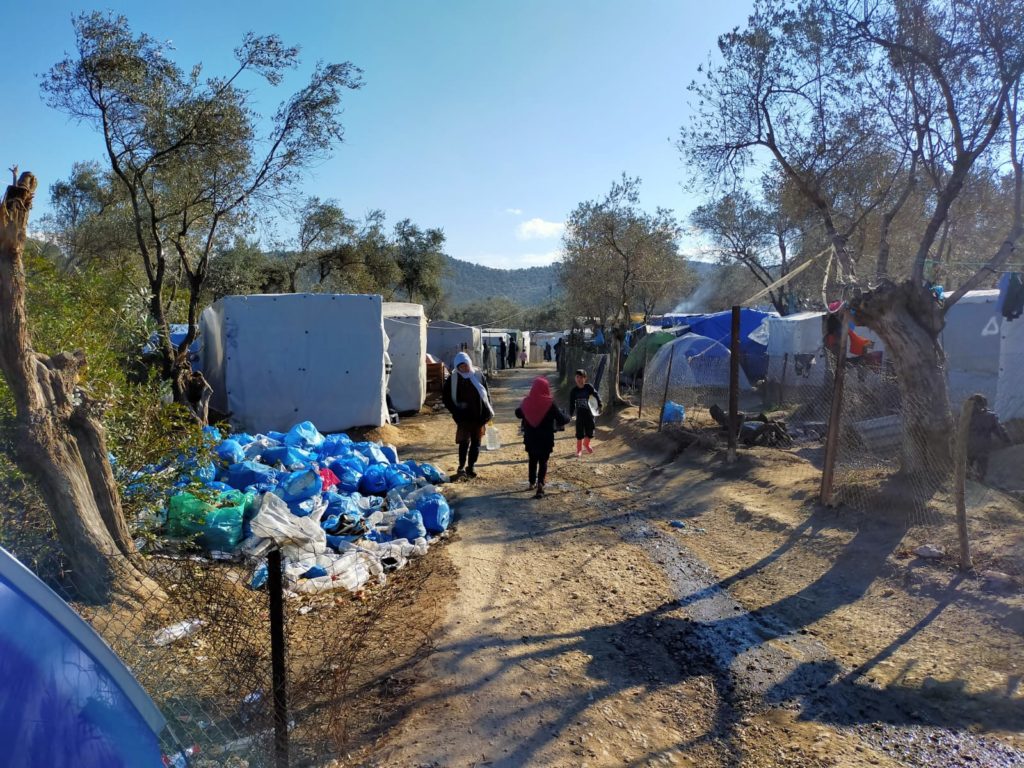 The President of Greece, Katerina Sakellaropoulou

The President of the Hellenic Parliament, Constantine An. Tassoulas

The President of the European Parliament, David Sassoli

The President of the European Council, Charles Michel

The President of the European Commission, Ursula von der Leyen

The Commissioner for Human Rights of the Council of Europe, Dunja Mijatović

The Director General of the World Health Organization, Tedros Adhanom

Athens, 25 March 2020 – Recalling the letter issued on 6 March 2020, signed by more than 250 organizations throughout Europe, the undersigned organizations reiterate the dangers stemming from persisting in current arrangements on the management of the reception of asylum seekers and the respect for their right to seek asylum in Greece. Apart from violating national, EU and international laws, amid the pandemic, these arrangements also pose a major public health danger, arising from overcrowding in Greece’s Reception and Identification Centers (RICs) and in the country’s detention centers.

Asylum seekers, amongst them many children, who entered Greece with the aim of seeking protection are being detained for the purposes of return, as a result of the Emergency Legislative Decree (E.L.D) issued on 1 March 2020. The E.L.D. has suspended the registration of asylum applications allowing for the immediate deportation of those entering the Greek territory to their countries of origin or Turkey. A large number of refugees and migrants are now being held in prisons and in formal and informal detention centers that keep springing up throughout Greece. This is happening without ensuring minimum standards of hygiene or protection, even during this public health emergency. They are deprived of the right to apply for asylum and are detained under the threat of deportation. In a breach of all international Conventions that protect the right to seek asylum, Greek Courts have imposed severe penalties on them.

We stress that the suspension of the right to seek asylum and the violation of the principle of non-refoulement is an unprecedented abrogation of international obligations in post-war Europe. At the same time, following the Greek Asylum Service’s suspension of operations, in the context of social distancing to curb the spread of the coronavirus, the backlog of asylum applications and the uncertainty of asylum seekers who arrived in Greece before the 1st of March are growing daily, as no interim procedures have been defined.

More importantly, the coronavirus pandemic is threatening to affect refugee accommodation sites and camps. The camps, especially on the Aegean islands, suffer from severe overcrowding and lack of adequate sanitary facilities, making it impossible to ensure social distancing and hygiene conditions for both residents and employees. This poses a major threat to public health for both asylum seekers and for society as large. Similarly, the significant increase in the number of third-country nationals placed in administrative detention, in the weeks preceding and especially those following the E.L.D., notwithstanding issues of legality, puts the health of detainees and employees alike at grave risk.

We once more address the Institutions of the European Union and all member states, requesting:

We address the bodies of the Council of Europe and the United Nations, requesting:

In closing, we call on everyone to restore legality and be mindful of not neglecting refugees and other vulnerable groups in times of crisis. Prevailing conditions in the camps, coupled with the inadvertent effects of suspending access to asylum, not only undermine our laws, but can undermine public health in its entirety. These considerations only act to amplify our original plea to restore legality and safeguard our common European system of values.

A DROP IN THE OCEAN (Norway/ Greece)

AEDH (EUROPEAN ASSOCIATION FOR THE DEFENSE OF HUMAN RIGHTS) (Belgium)

ARSIS – ASSOCIATION FOR THE SOCIAL SUPPORT OF YOUTH

I AM YOU HUMANITARIAN AID (Greece)

ΙNITIATIVE FOR THE DETAINEES’ RIGHTS (Greece)

MOSAICO-AZIONI PER I RIFUGIATI (Italy)

SAVE A GIRL SAVE A GENERATION (Spain)

THE ROUTES OF THE OLIVE TREE (Greece)

A DROP IN THE OCEAN (ΝΟΡΒΗΓΙΑ/ΕΛΛΑΔΑ)

AEDH (EUROPEAN ASSOCIATION FOR THE DEFENSE OF HUMAN RIGHTS) (Βέλγιο)

I AM YOU HUMANITARIAN AID (Ελλάδα)

SAVE A GIRL SAVE A GENERATION (Ισπανία)